Our sons and daughters 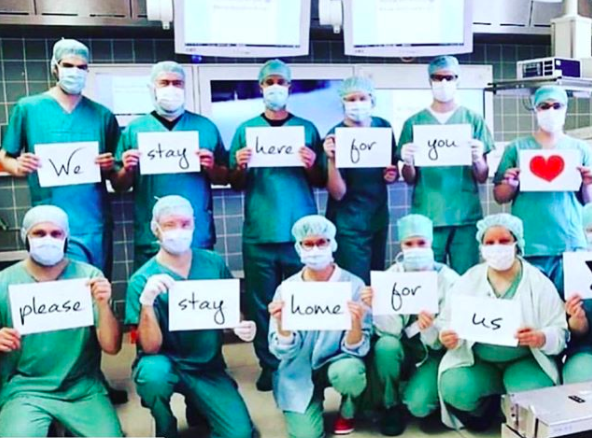 We drove to Ohio and back yesterday to bring home my daughter’s stuff from 4 years of college there. Her university, like most, has closed and sent everyone home.

Traffic was light when we left before dawn. We’ve driven this route on a Saturday many times. The traffic on the Interstate in Maryland was noticeably lighter. Along a 40 mile stretch of the Pennsylvania Turnpike, we encountered fewer than a dozen cars in either direction. It was a bit eery.

The truck traffic in West Virginia was much lower too, which my nerves appreciated. But then, as we drove through her small college town in a suburb of Columbus, the traffic appeared normal. There were a lot of people out and about. Parking lots and shopping centers were bustling.

I commented about this to my daughter. Ohio was early to advise people to avoid congregating and stay home as much as possible. Nothing looked different from any other time I had been there.

“People don’t think it’s a big deal”, she said. Her reply was rushed (like we were) and neither entirely cynical nor serious. I wondered if I also heard a bit of sadness. She’s pursuing a career in the medical field and she likes science. She sees a bigger picture here.

I thought of this exchange again on the drive home, along the even emptier PA Turnpike. (This time only four cars in either direction.) I was listening to a podcast about people’s responses to this crisis. This time some retirees in Florida, with the opinion that the coronavirus response is overblown. They continue to meet and socialize and carry on, even if to sit across the table from one another and argue that very point about the pandemic.

And then I thought of the picture above. And I wondered – if one of these frontline medical professionals were their son or daughter or grandchild, would they still be gathering and carrying on?

My daughter may be there someday soon. That’s where she wants to be. While we may question the actions and argue the motives of our political and business figures, they aren’t the ones in this picture, sending this message.

They are sons and daughters. Grandchildren. Maybe even a mother or father themselves.

So what will you do?